See this project live!
When was the last time someone asked you "How should we spend $2.4 million"?
‍
Mapseed is the perfect solution for cities pursuing Participatory Budgeting, an innovative democratic process that puts budgeting decisions back in the hands of the people.

Read on to learn how Mapseed is helping Durham, NC run a successful Participatory Budgeting campaign. 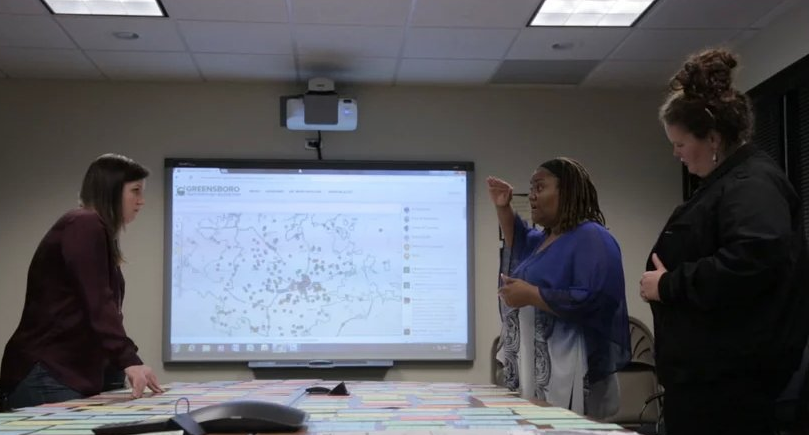 Putting real ideas on the map.

Participatory Budgeting is a democratic process in which community members directly decide how to spend part of a public budget.

For its first-ever Participatory Budgeting campaign, the city of Durham, North Carolina organized several weeks of events across the city's five Wards. 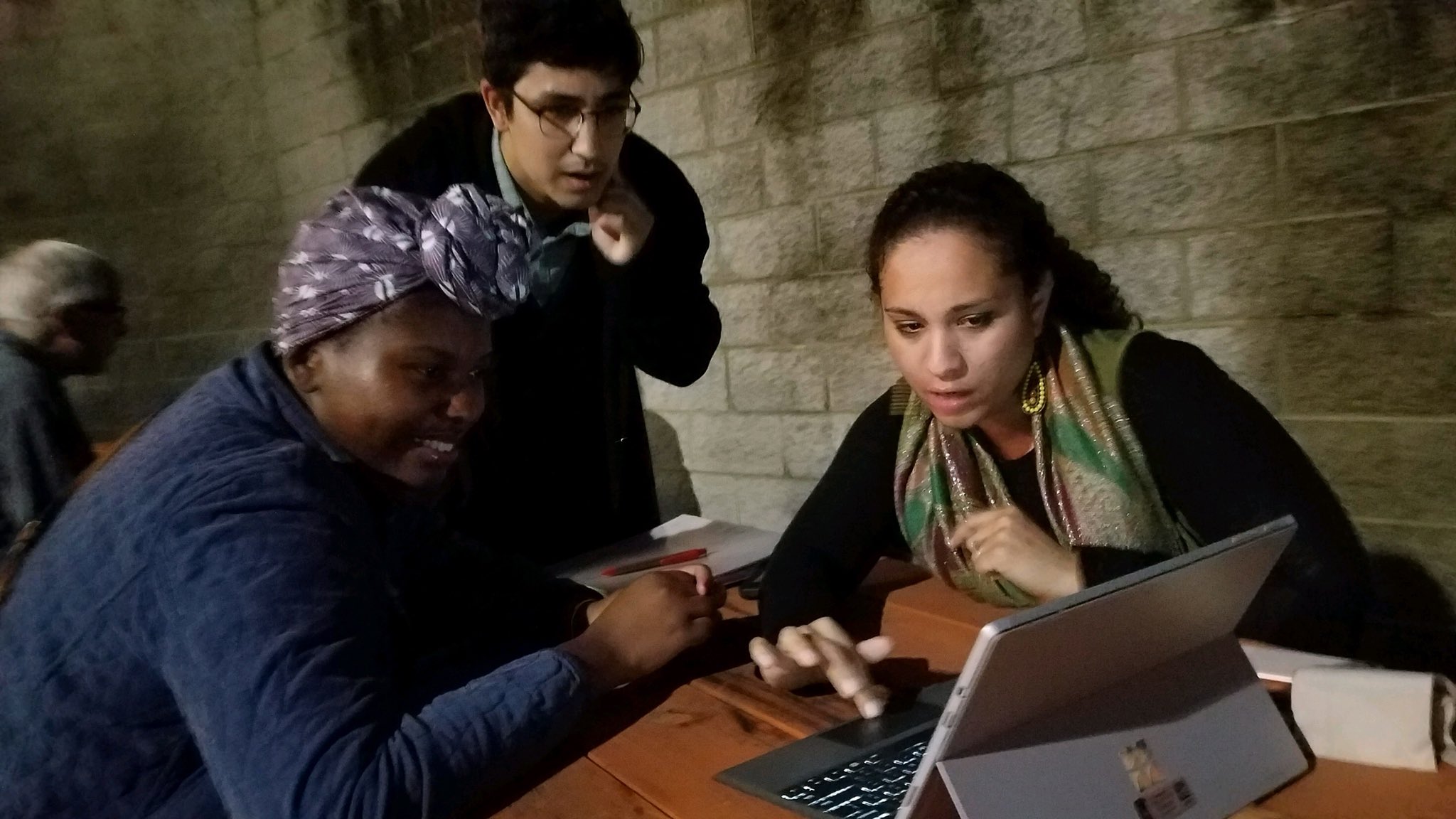 With $800,000 to allocate per Ward, Participatory Budgeting planners turned to Mapseed to help them collect and organize the flood of citizen budgeting suggestions.

Mapseed offered an engaging, bilingual interface for idea collection, and integrated easily with the city's newly-launched open data portal so Durham residents could explore public transit and recreational data as they submitted their ideas. 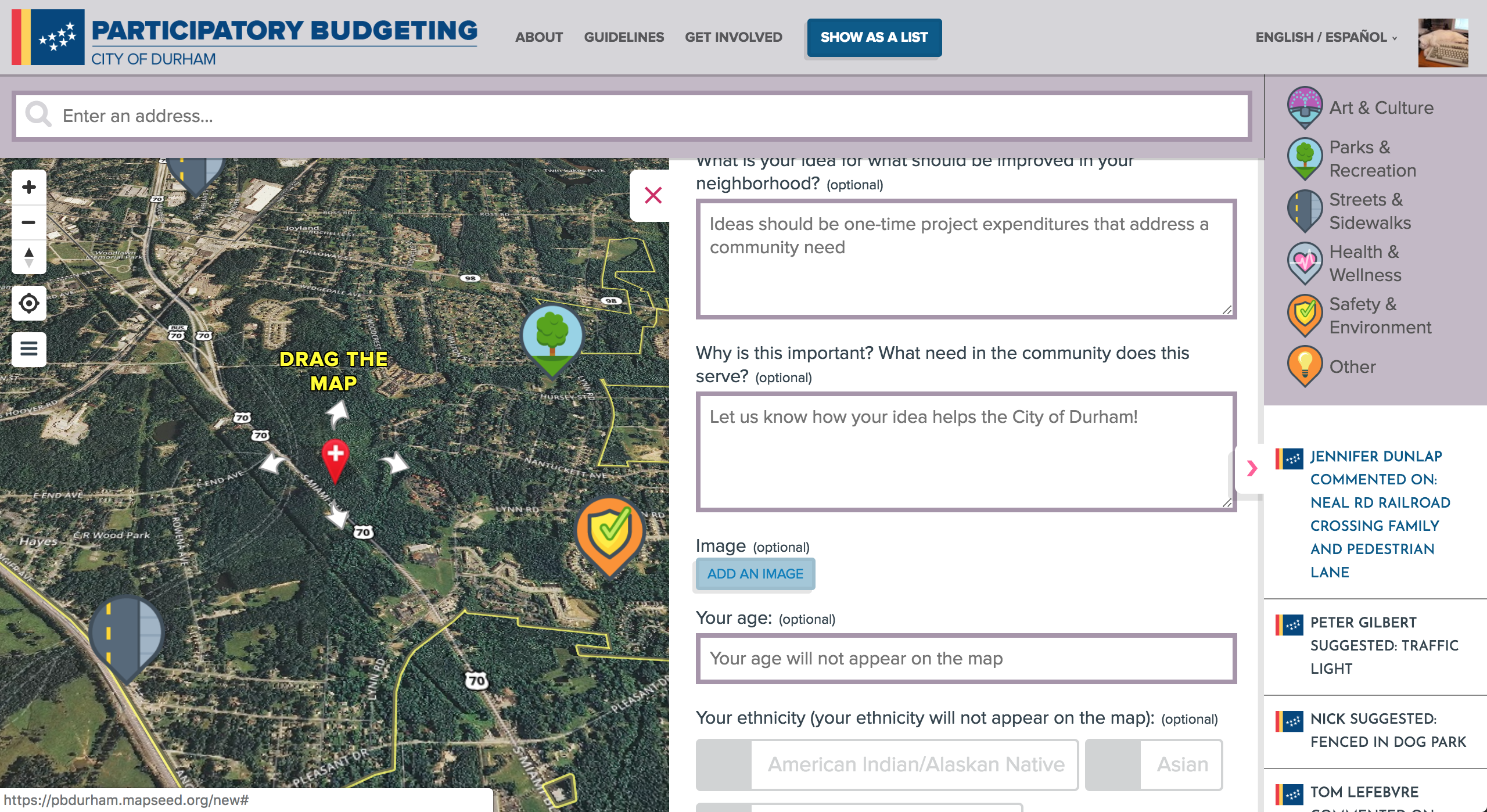 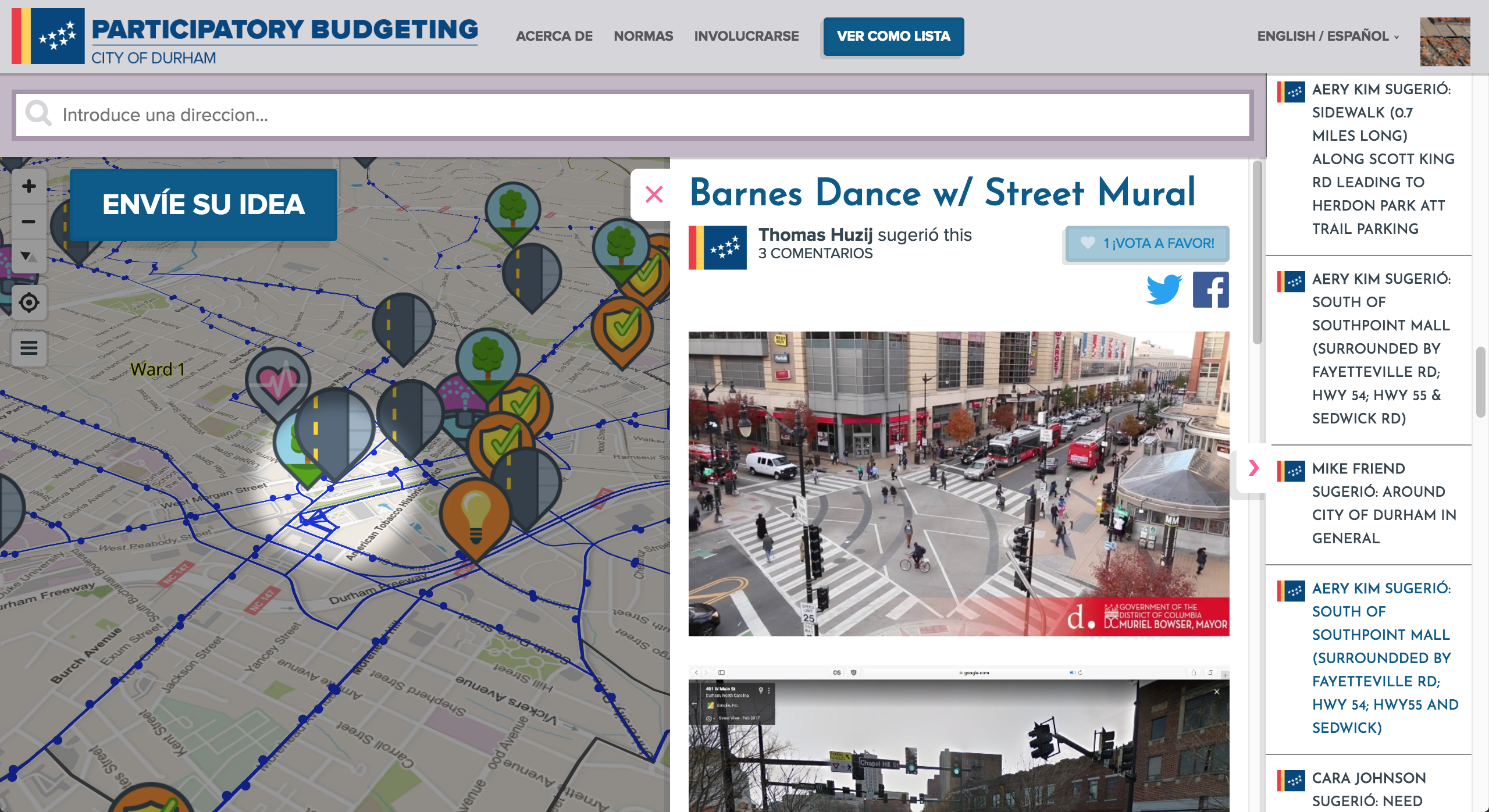 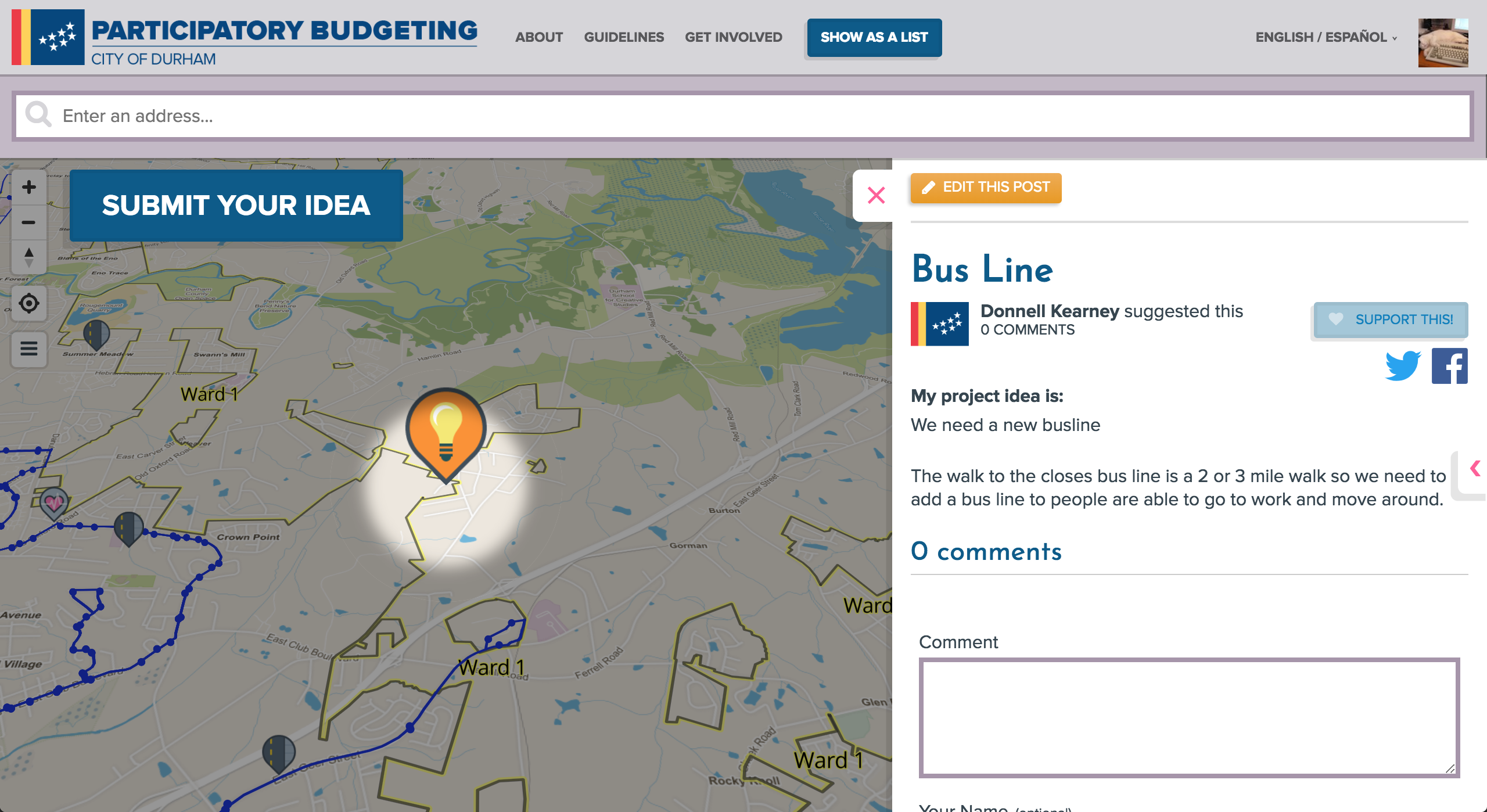 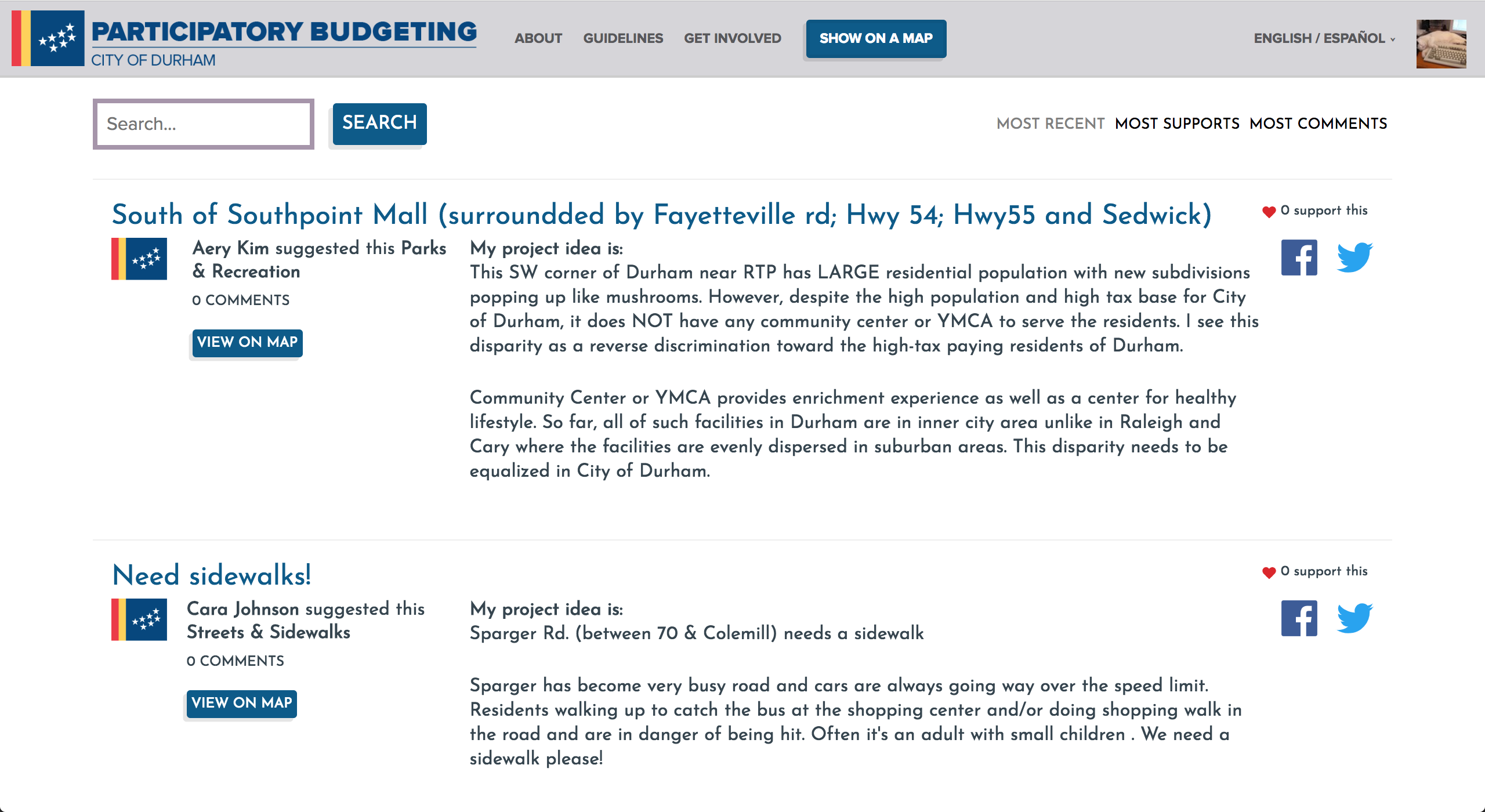 Mapseed has supported the City of Durham in increasing engagement and participation, from diverse populations, in local government processes. Without Mapseed we would not have been able to engage as many people and ensure we have diversity and representation in our process. 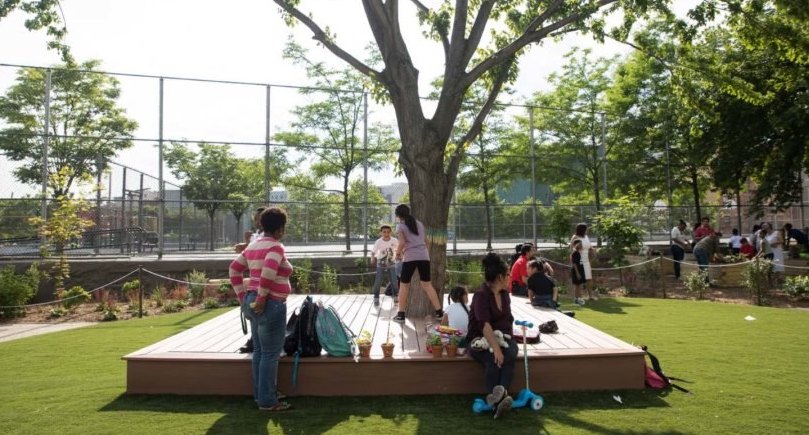 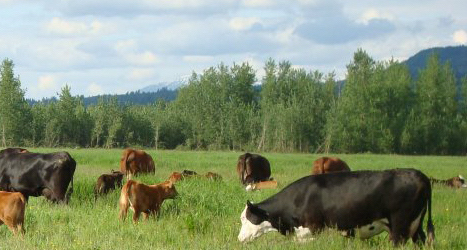 Have a data collection project? Got a mapping idea? We'd love to hear from you!

Thank you! Your submission has been received!
Oops! Something went wrong while submitting the form.